Vaccinosis is the term given to those conditions that are a direct result of a vaccination. Although medical doctors only look for the acute conditions (such as a fever), homeopaths have long known that vaccinations can cause chronic conditions, sometimes many years later.

The history of homeopathy is interesting, in that it is littered with eminent medical doctors who, in their desire to debunk it, have become some of its most ardent supporters.

Constantine Hering was the father of homeopathy in America. He was born in Germany in 1800 and migrated to the US in the 1830’s. He first approached homeopathy as a debunker, having been asked by his medical colleagues to write a paper condemning it. His research led him to become one of homeopathy’s most ardent supporters.

He wrote “My enthusiasm grew. I became a fanatic. I went about the country and got on tables to speak enthusiastically about homeopathy.”

Another sceptic who later became one of the greatest homeopaths was James Compton Burnett. He was a British homeopath in the late 1800’s and was among the first to notice that vaccines trigger chronic disease.

He ultimately wrote 24 books on homeopathy. He likened his own conversion experience to that of St Paul on the road to Damascus: he instantly resolved to “fight the good fight of homeopathy with all the power I possess. Were I to do less, I should be afraid to die.”

Burnett was a phenomenal doctor. He saw more patients in a day than seems possible. He kept copious notes and patient history. Just his case notes alone are a legend.

His book ‘Vaccinosis and its Cure by Thuja’ is part of every homeopathic student’s essential reading. In it he describes the term vaccinia (vacca  means cow) as ‘the febrile reaction which occurs after vaccination with special reference to the point where the pus is inserted’. In other words, this is in most cases, a short term or acute reaction.

However, he goes on to say ‘the profound and often long lasting morbid constitutional state engendered by the vaccine virus’.

His extensive research led him to discover that in many cases the condition was fatal and in other cases it created chronic symptoms. He believed that the upsurge in neuralgia was caused by vaccines.

Burnett discusses that when vaccinations are advocated, the only ill effects under consideration are the fatal ones. Yet, as he points out, mortality is only one effect of vaccination. To properly and scientifically understand vaccination, the morbility (those who ‘take’ the disease) and the morbidity (those who suffer ill health as a consequence) also need to be considered.

He discusses latent vaccinosis, or a vaccinate. This is someone who is suffering from the condition, but is not ill in the ordinary sense. More, he is in a ‘subdued morbid state, he has been blighted’.

When a vaccine has not ‘taken’, it is generally assumed that the individual cannot have any adverse reaction to the vaccine. Burnett thought otherwise. ‘Close and minute observations teaches me that such is by no means necessarily the case, for not a few persons date their ill health from a so-called unsuccessful vaccination.’

As he states, no one can be more than perfectly healthy. He struggled to find the logic behind the medical idea of creating protection by inducing a diseased state in a perfectly healthy individual. Others continue to struggle with this concept.

This little book presents case after successful case, often where he was at a loss to know what to do until he discovered the patient had been vaccinated.

Although the homeopathic remedy Thuja has an outstanding reputation is resolving many cases of vaccinosis (particularly those created by smallpox), homeopaths the world over know that it is by no means the only remedy. Good though it is, Thuja is not able to resolve every case. Thankfully, there are other, equally effective homeopathic remedies for the condition.

Burnett was talking about cowpox/smallpox, more than 100 years ago, but you can’t help to wonder if the world has since made any medical progress in this area.

If you would like help with this often medically misunderstood condition, you may find that good homeopathic treatment is your most viable solution. 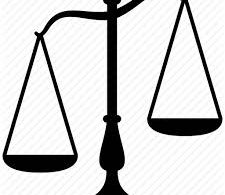 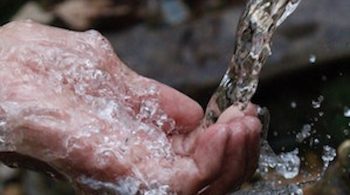 Vaccine Dangers – How To Stand By As A Grandparent

Vaccine Dangers – How To Stand By As A Grandparent