Dealing with depression without drugs is not only possible, it’s also far more effective in the long term.

The dictionary definition of depression is a lowering or a sinking, a reduction in vigour or vitality. Similar to what happens when you depress something, perhaps a cushion; you become less than. It’s actually a very vague term. It doesn’t mean much. And it doesn’t suggest a possible cause.

Acute Depression
Lots of things can lower our vigour or vitality. Sometimes it’s just for a while. Sometimes it’s for a long time or even permanent. Most people understand this and are able to pull themselves out of it. Sleep can be a great healer, with things looking much brighter in the morning. So sleep can be a simple but effective way in dealing with depression without drugs, when it is on this scale.

Grief, fear, frustration, anger, irritation are just some of the causes that can drop us into depression. How long we remain there depends on our ability to see past these and let them go.

Clinical depression tends to indicate that this is a long term problem, where letting go seems impossible.

However, far too many doctors are over prescribing anti-depressants, often when there is no need. People often just need an ear to bend, but your doctor is not the best person for this. You would be far better off consulting a psychologist, or better still a homeopath. Both offer you space to vent.

And venting can be sooo releasing. Just being able to verbalise it, without any advice or treatment, can set you right again. Or on the road to being right. It is VERY common for people to feel better at the end of a homeopathic consultation before any treatment has been started.

So bending someone’s ear, without judgement or advice, however well intended, is another highly effective way of dealing with depression without drugs.

Causes of Depression
Causes of depression are many and varied, but what is common is the inability to be yourself. When you are disempowered, suppressed, discouraged, dominated, treated without respect, bullied, treated harshly or cruelly, abused, etc you have to find ways to adapt and survive.

This normally means you develop skills to avoid the hurt at all costs. When this happens in childhood, as so often it does, instead of growing and developing normally, you have to be constantly alert to avoid being hurt.

You can’t explore and develop who you are. You become stunted emotionally. You grow up unable to deal with tougher problems in life.

“Antidepressants are not harmless; they commonly cause emotional numbing, sexual problems like a lack of desire or erectile dysfunction and weight gain. Long-term users report in interviews a creeping unease that is hard to measure: Daily pill-popping leaves them doubting their own resilience, they say…

Patients who try to stop taking the drugs often say they cannot. In a recent survey of 250 long-term users of psychiatric drugs — most commonly antidepressants — about half who wound down their prescriptions rated the withdrawal as severe. Nearly half who tried to quit could not do so because of these symptoms.”

Novelist Will Self, commenting on Prozac and selective serotonin reuptake inhibitors (commonly referred to as SSRIs) said: “My view on these drugs had been: they’re over-prescribed… but when I looked into it in depth, I found out that the really shocking thing is that these drugs didn’t even work.”

So what else can you do?

Better Ways
Seeing a psychologist regularly can be very helpful. Seeing a homeopath regularly can also be very helpful, often more quickly. And seeing both is likely to see you move through the depression quickly and easily, to start to live the life you now can, free to be yourself.

Homeopathy works by freeing you of past traumas and conditioning, allowing you to be in the present moment. To live your now life. It will still take a little time. Anything with deep roots does. But you see progressive improvements along the way.

It is my opinion that good homeopathic treatment offers the easiest and fastest way of dealing with depression without drugs. Treatment is finite, which means at some stage you can stop it and you remain well. No life long dependence.

You can sign up for my regular emails here. 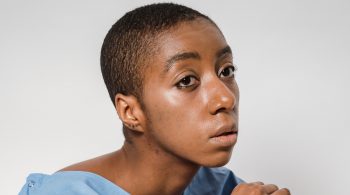 Great Reasons Why Emotions Are Healthy

Great Reasons Why Emotions Are Healthy